What Chris Petersen’s departure at the Univ. of Washington can teach us about work and life 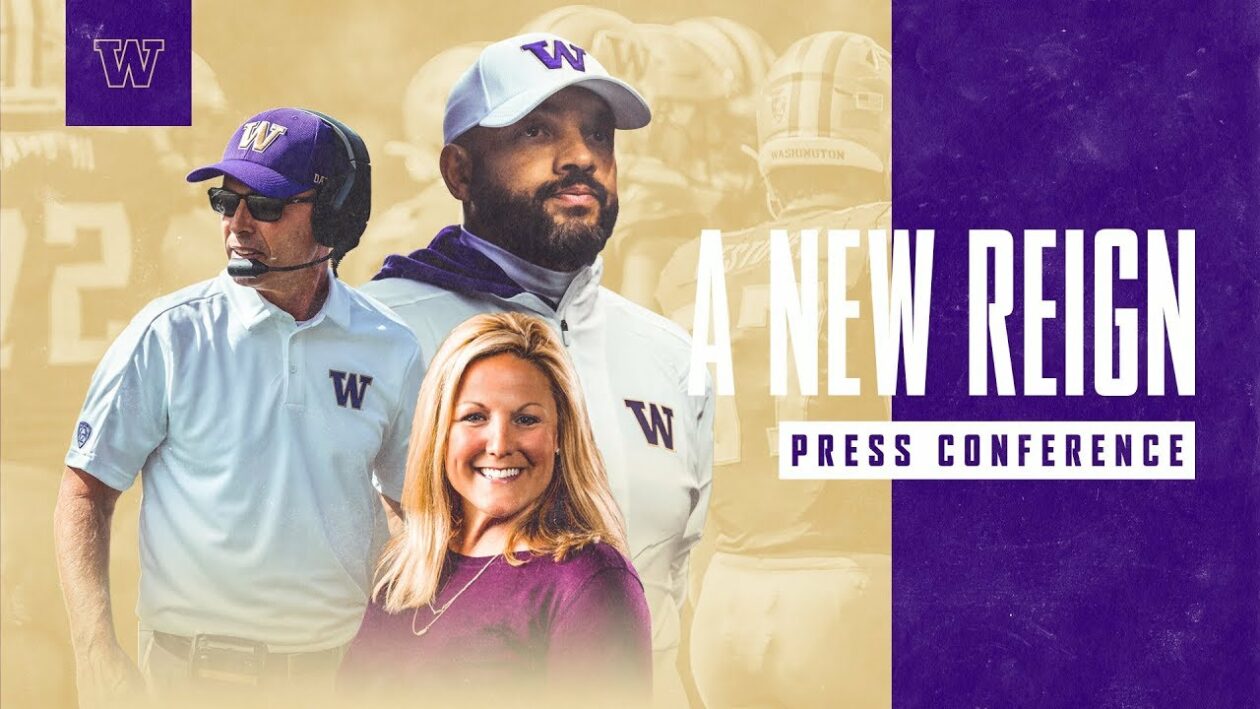 Sports can offer so many life and work lessons beyond the X’s and O’s and wins and losses on the field.

It was a theme of our Playbook entrepreneurial event last month with Seattle Storm CEO Alisha Valavanis, and came up during my conversation with former Seattle Seahawks star Doug Baldwin at the GeekWire Summit in October.

I was reminded of this again during Chris Petersen’s press conference on Tuesday, announcing his stunning departure as head coach of the University of Washington football team.

The decision shocked everyone. One of the most respected coaches in America known for his cool demeanor, high integrity, and “Built for Life” coaching philosophy, Petersen arrived on campus in Seattle six years ago and led the UW to two Pac-12 titles and a College Football Playoff appearance.

He helped bring the Huskies back into the upper echelon of college football.

But news broke Monday that Petersen was done.

Huh? How could someone leave this job, at this time?

He explained his rationale at Tuesday’s presser, and it was more simple than most people probably expected.

He recalled memories watching game film on a 16mm projector with his father, who also coached. Petersen played a few years of college football before earning a psychology degree at UC Davis and starting his own coaching career in 1987.

The 55-year-old spent eight years leading Boise State, where he won several coaching awards, before taking the UW gig in 2013. His career record as head coach is 146-38, or a .793 winning percentage.

“I think when you become a head coach, these years can become very heavy,” Petersen said Tuesday. “Fourteen years is a lot of years at this position, and there becomes a lot of frustration and anxiety and stress, and some of the excitement and positivity and optimism can kind of be pushed away. That’s never a way to live your life, and I pay close attention to that.”

That might strike a chord with startup founders, business leaders, or anyone else working their tail off but feeling overwhelmed and possibly burnt out.

Petersen: "One of the things that hit me was after the Rose Bowl, having a chance to reflect a couple months after that, how much I did not appreciate that game like I should have." Said he didn't appreciate the week, the game, etc., like he needed to.

Petersen was later asked about the demands of a college football coaching job. His answer again provided food for thought for anybody in high-stress work.

“There is no balance, you know?” Petersen continued. “It’s out of whack. It’s crazy. And we’re one of those staffs that doesn’t sleep in the office, which a lot of them do. We would never do that. But it’s still just non-stop.”

He continued: “After a while, it can load you up and it can become counterproductive in terms of not being passionate and energized and positive in terms of attacking your day. And when it’s not like that, you need to go do something different.”

Here are a few other soundbites from Petersen, who will remain with the UW athletic department in a leadership advisory role:

On if the changes and demands of college football made his job more difficult: “In any industry, it’s going to continue to change and you have to adapt or die. We always say, ‘change is inevitable; growth is optional.’ I think about that around here, that’s just part of the deal. You just have to figure out how we’re going to continually stay at top and try to be super competitive with whatever is thrown our way.”

On finding inspiration from Chinese philosopher Confucius:“A man has two lives to live, and the second one begins when he realizes he only has one.” … “That thing has been ringing in my ears loud and clear,” Petersen said.

Petersen rarely shows emotion, but got choked up Tuesday when talking about what his family means to him. “You can’t do this without an unbelievable family,” he said.

And here’s UW athletic director Jen Cohen on how Petersen helped set the culture for the entire athletic department:

“He reconnected us to our purpose. It’s about developing kids and helping them become the best versions of themselves.” – @JenniferCohenUW on @CoachPeteUW#PurpleReignpic.twitter.com/Jz9OOQbjQ4

Petersen’s decision — and his reasoning behind it — offers perspective for all of us, whether you’re a founder putting in 80 hours a week to get your startup off the ground, or a CEO trying to manage a $100 million business.

You might not need to leave your company or change professions. But it’s a good idea to “continue to audit what you’re doing with your minutes and your time,” as Valavanis said last month at the Playbook event.