Homecoming 2019: Showcasing the sheer power of youthful energy and trends 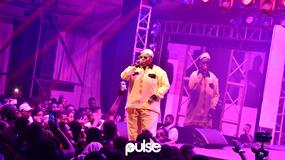 Homecoming 2019 is delivered the tales of familiar power, a growing subculture and the mainstream pulse.

Details/Takeaway:Homecoming 2019 was a four-day event that lasted from April 19, 2019 till April 22, 2019, featuring workshops at XII GLOVER, panel talks at the British Residence, and the Homecoming Cup at Astrosoccer, Ikoyi.

One special appearance at the event was American model and socialite, Jordyn Woods. 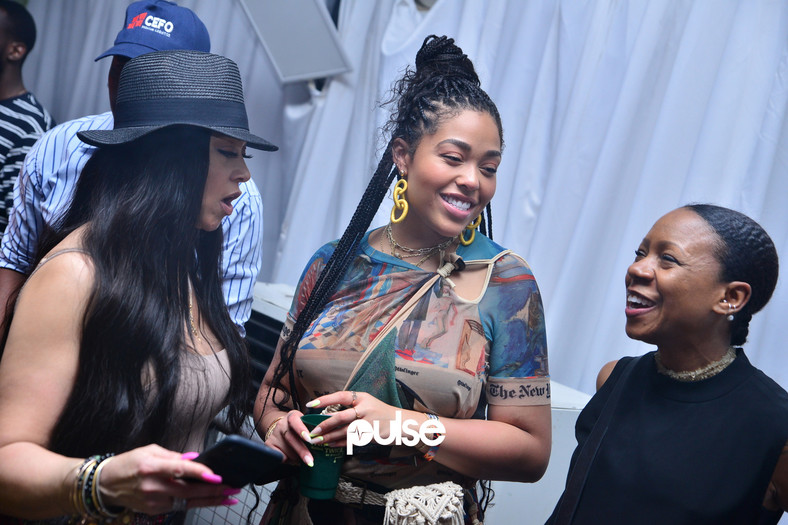 Jordyn Woods (middle) with some fans at Homecoming 2019. (Pulse Nigeria)

From the moment the Vivendi boys were doing some hype job on stage, while songs like Sheck Wes’ ‘Mo Bamba’ came on the deafening speakers, we started feeling the human representation of nuclear reactor-energy from the crowd of predominant youth, emblazoned with the invisible stamp of pop culture.

Among others, Fireboy DML – one of the very first acts - briefly showed up on-stage to a rousing reception as he performed his sleeper hit, ‘Jealous.’ 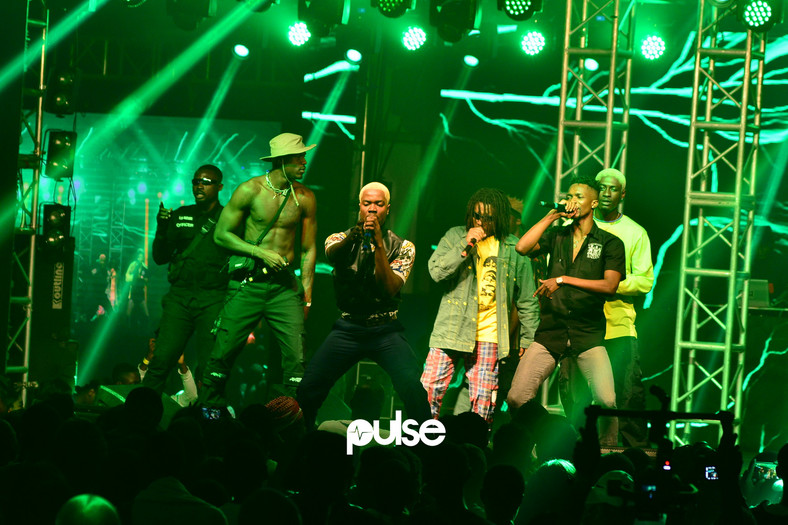 Ghanaian Hip-Hop collective, La Meme Gang, showed up with incredible energy and performed songs like, ‘Godzilla,’ ‘Pew’ and others.

The power of sex appeal 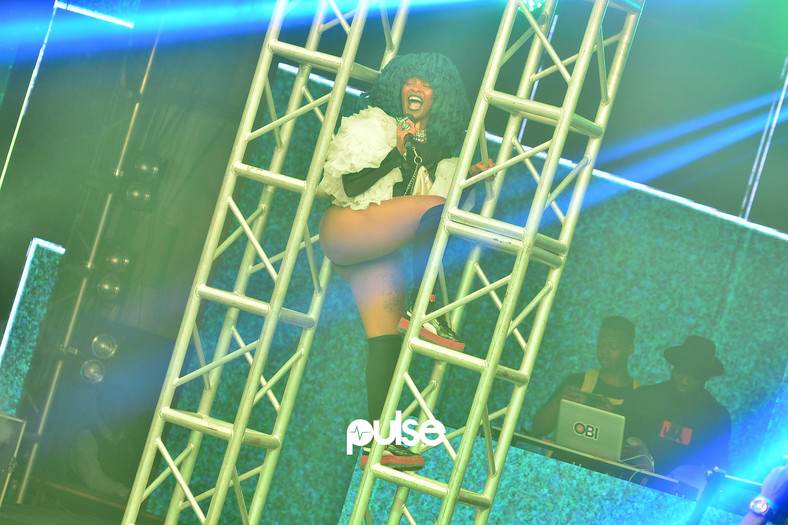 Nigerians will definitely welcome South African, Gqom act, Moonchild Sanelly back with opens arms in the future, after two incredible performances, one of which was at Homecoming Concert 2019. (Pulse Nigeria)

In her trademark coloured hair, and styled with a pouch and a green nylon for skirt before taking it off, much to the delight of a roaring crowd, energetic South African Gqom act, Moonchild Sanelly, performed ‘Midnight Starring,’ and 'Makhe' while she oozed intense and alluring sexual energy. 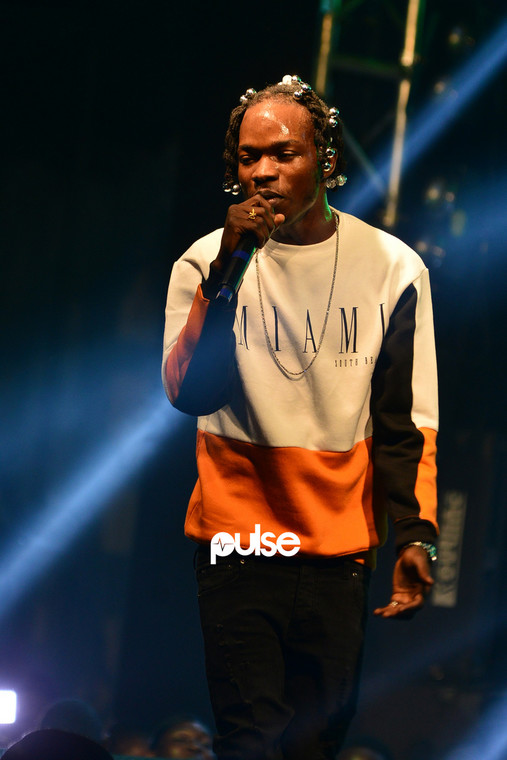 Naira Marley came on to a rousing reception from a familiar crowd of UK-affiliated Nigerians. They basically performed 'Issa Goal,' 'Japa,'  - the Damibilz-owned - 'Jowabayi,' and 'Marry Juana' with him.

The effervescent Niniola, dressed in a yellow jacket came backed up by four dancers and performed, 'Sicker,' 'Maradona,' 'Bana,' and 'Designer.' 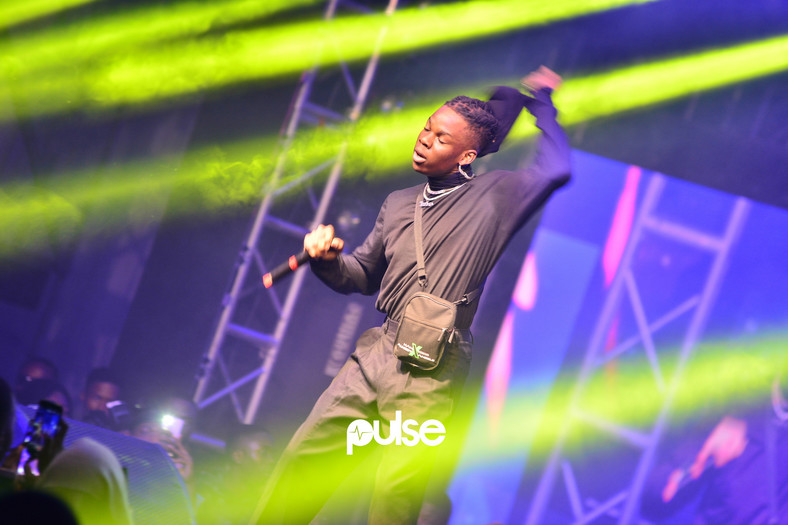 Mavin Records newbie, Rema showed the reason behind the hype while wearing a ski mask. He carried the crowd effortlessly through performances of 'Boulevard,''Why,' 'Iron Man,' and 'Dumebi.' What he has left to learn in stage craft, only time can teach, and that time, he has got a lot of.

Briefly on stage was Tems who got her reps boosted by responses to songs like 'Mr. Rebel,’ and other songs.

Fresh off the release of her new album, 'Omo Charlie Champage,' and dressed in a beautifully patterned anakara, Simi performed 'Joromi,' 'O Ea N' Be,' and 'I Dun Care.' 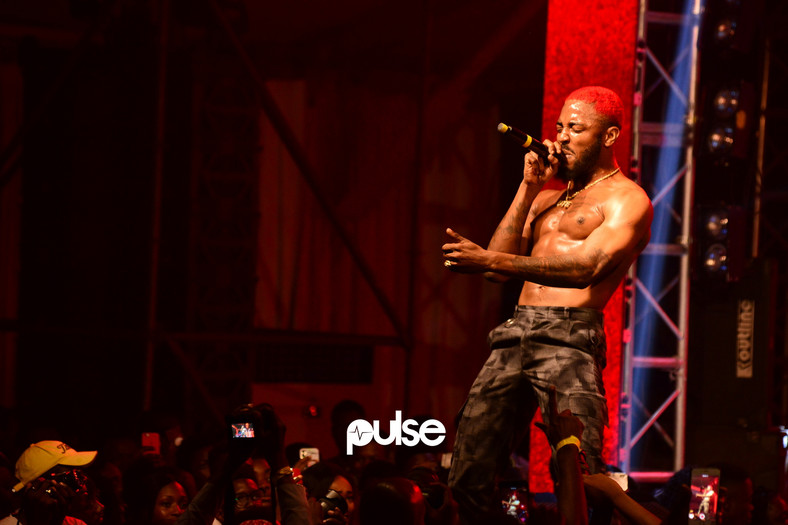 Another crowd-favourite, Prettyboy D-O performed, 'Chop Elbow,' the Santi assisted 'Pull Up,' and other songs. It's incredible, when you realize that the pulse of a whole new wave is bubbling under the comfort of our collective sonic gazes.

No other time would you feel it better than when Prettyboy DO, a relatively unknown artist to the Nigerian mainstream came on stage to an eruption.

This is more than altè 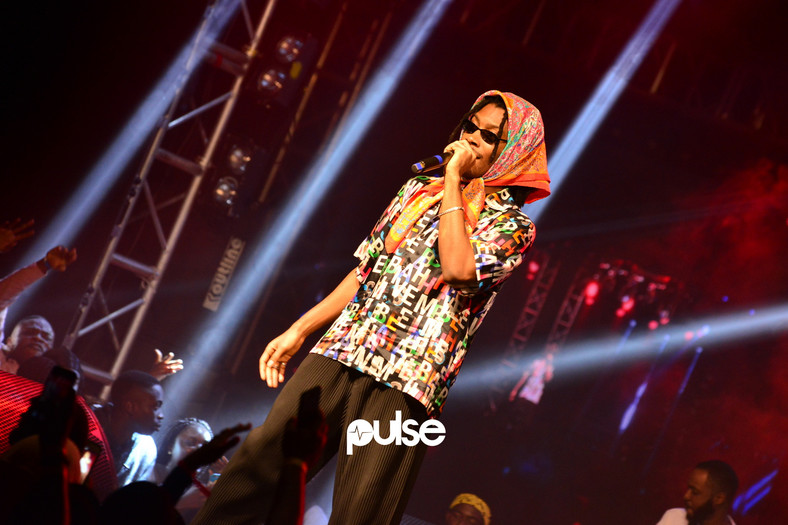 The genre-bending Santi initially joined DO on stage for 'Pull Up,' before starting his own set with a new song, and then moved to 'Sparky.’

Santi's stage craft needs work, but one thing became apparent by the time the segue got to 'Alte Cruise' which brought Odunsi The Engine on stage; altè is slowly gliding out of the realm of a niche culture to that of a subculture and the vehicle driving it isn't just music, but cynicism and mockery.

We might attribute this relatability to the kind of crowd these acts perform before, but it's no coincidence that the biggest roar of the night came when 'Rapid Fire' opened a fresh channel of bleeding energy. Altè itself is growing organically from the realm of obscure sounds it once was.

Like Santi's, Odunsi's stage craft needs a lot of work, but the crowd couldn't care less. They vibed with him to songs like 'Star Signs,' for which he was joined on stage by Runtown. 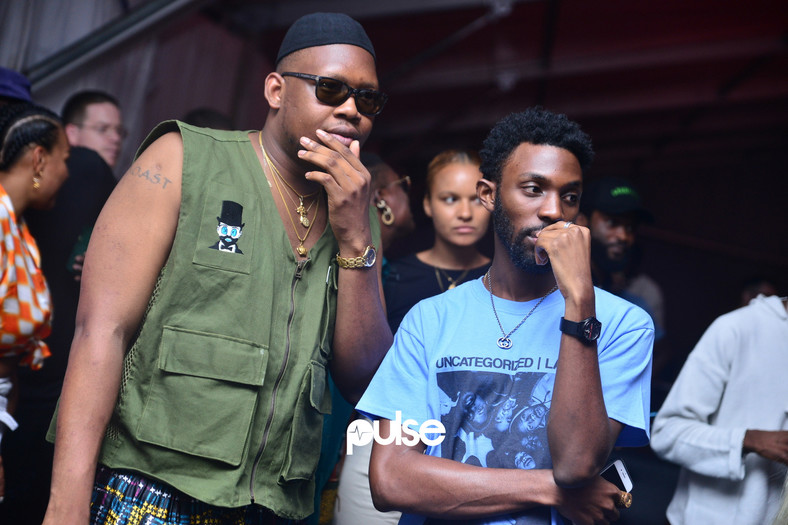 DRB Lasgidi, the altè grundnorm ran on stage to enjoy to fruits they planted 10 years ago. They opened to, 'Necessary,'Fresh L's Davido-assisted, 'Firewood,' and BOJ's collab with Ajehbutter22, 'Yawa,’ and'Tungba,' (off the album, Make E Nor Cause Fight album). 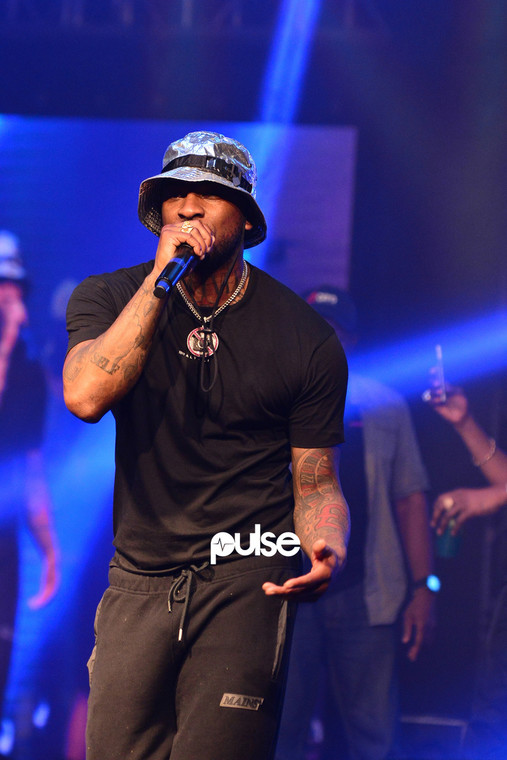 Skepta found home in familiar mind as he performed his collab with Asap, ‘Praise The Lord (Da Shine), ‘Gingerbread Man,’ 'Shut Down,' and the Wizkid-assist, 'Bad Energy.'

Poco Lee came on for a five-minute zanku masterclass.

'The Sugar Mummy of Lagos' herself closed the performance as she ran on stage to perform hits like, 'Askamaya,' and 'For Your Case.'

Homecoming 2019 then moved to an after-party.