President Muhammadu Buhari on Tuesday promised not to let Nigerians down in providing effective and result-oriented leadership that safeguards and ensures a better life for citizens. He made this known in a
Insecurity: Buhari Vows Not To Fail Nigerians | Nigeria News

President Muhammadu Buhari on Tuesday promised not to let Nigerians down in providing effective and result-oriented leadership that safeguards and ensures a better life for citizens.

He made this known in a statement released by his media aide, Garba Shehu, and sent to Naija News on Tuesday.

Speaking after attending the daily Tafsir (Quranic interpretations) marking the month of Ramadhan fast at the State House Mosque, Buhari assured that he is conscious of the weight of responsibility on his shoulders.

He said the reality of his office weighs heavily on his mind at all times, and he will keep working to deliver an improved life to Nigerians.

Buhari said he knows what to do, and will not fail Nigerians.

He also expressed gratitude to all Nigerians for the opportunity to serve a second term in office.

The president said their expectations for giving him the mandate will be met.

“The expectations of Nigerians will be met. I will not let them down. I will continue to do my best,” he said.

The President reiterated his earlier message on the occasion of Ramadhan to Nigerians that discipline should be the watchword of every citizen.

He advised citizens to use the fasting period to reflect and be more constructive in purpose by promoting harmony.

According to Buhari, the fasting period also provides a good opportunity for charity.

In his remarks, Chief Imam of the Mosque, Sheik Abdulwaheed Sulaiman gave thanks to Almighty Allah for allowing the general election to take place peacefully throughout the country.

He called for repentance and prayers to avert the current security challenges confronting the nation.

The Islamic scholar said the security incidents are a test from God.

Ogbolu George is a graduate of Mass Communication from the University of Benin. He loves politics, is a movie addict and a die-hard Arsenal fan. George is a Senior Content Creator at Naija News.

The Senior Special Assistant to President Muhammadu Buhari on Media and Publicity, Garba Shehu, has said that Miyetti Allah Cattle Breeders Association of Nigeria, is like Afenifere and Ohanaeze Ndi Igbo socio-cultural groups and thus should not be criminalized.

Shehu also defended the meeting between the Inspector-General of Police, Mohammed Adamu and the leadership of the Miyetti Allah.

Speaking on Channels TV’s Sunrise Daily on Tuesday, the presidential spokesman told Nigerians not to politicize the meeting.

“It is a mistake to say the Nigerian government is talking to bandits.

“The Miyetti Allah group is like Ohanaeze and Afenifere. It is a socio-cultural group. There are criminals within the Yoruba race and you cannot say because of that, Afenifere is a group of criminals.

“The Nigerian government is speaking with the leadership of the Fulani herders association, Miyetti Allah,” Shehu said

When asked if it is true that the herders were offered N100m to help maintain peace, Shehu replied: “That is 100 per cent untrue. I have confirmed that in all the meetings held, money was never discussed.

“All of the issues were about the involvement of the leadership of Miyetti Allah and getting them to prevail upon its members and they are many. We asked them to assist the administration to recover weapons which were owned by a lot of these elements,” Shehu said.

The presidential aide also said it did not directly translate to amnesty, adding that “it is a win-win situation for all because the cattle breeders also have their issues which they brought to the government; and the more discussions take place, the more interesting it becomes.” 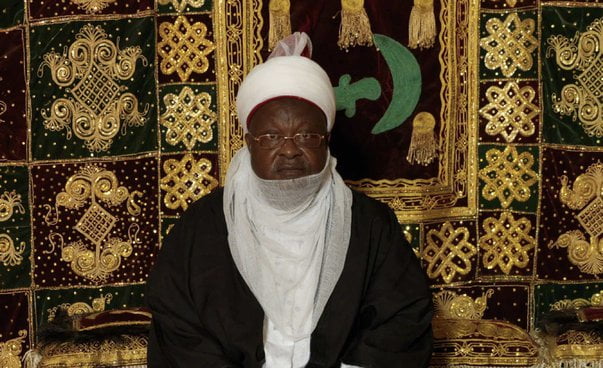 The Minister of Agriculture, Audu Ogbe, has been asked by the Emir of Katsina, Abdulmumini Kabir Usman, to inform President Muhammadu Buhari that the people of Katsina and other Nigerians are not safe following the kidnappings and killings in the country.

He stated this when the Governor of Central Bank of Nigeria and Ogbeh visited him ahead of the
national launching of distribution of cotton seeds/inputs to farmers for the 2019 planting season.

Daily Trust quoted the emir as saying, “Hon Minister, tell the president that we have to take very good care of our people, security first. All these programmes, as good as they are, cannot be without security. Security is first and fundamental,”.

“Every day I receive reports of kidnapping and killings from district and village heads”.

Usman accused government officials, politicians, and wealthy individuals within and outside the government of being behind the killings and kidnapping across the country.

“What are you to gain by killing, kidnapping people? It’s very unfortunate. I have not seen this kind of country; how do we live like animals?”

“Three days ago Magajin Gari (of Daura emirate council) was abducted, nobody is safe now, whether in your house or road, wherever you are.”

“What we want you to do for us is to stop the fight. Many people have deserted, abandoned their farms in fear of kidnapping and killings and other atrocities, it’s very unfortunate,” he said.

Nigeria has at least a million displaced children who do not know their parents and where they are from.

This was stated by President Muhammadu Buhari who also requested for the assistance of the United Nations in rehabilitating the devastated internally displaced persons (IDPs) camps across the country.

The president spoke while hosting Maria Garces, president of the 73rd session of the United Nations General Assembly (UNGA), at the state house, Abuja, on Tuesday.

The president noted that the damage to the infrastructure, particularly in the northeast, has been “horrendous”, saying every help would be invaluable.

“The assistance of the United Nations and the international community will be invaluable in reversing the devastation visited on Nigeria by the Boko Haram insurgency,” Buhari said.

“The condition of internally displaced persons ((IDPs) in the country is pathetic. We have at least a million children who neither know their parents nor where they come from.

“Bridges have been blown up, schools, hospitals, churches, mosques, and other buildings have been destroyed. All these will be rehabilitated, and every form of international help is welcome.”

On the recharge of Lake Chad through inter-basin water transfer from Congo River, the president said climate change was quite real to the region, noting that no fewer than 30 million people are negatively affected by the shrinking lake, with at least half of them being Nigerians.

He stressed the role the international community needed to play in the endeavor, “since recharging the lake was beyond the financial power of the affected countries”.

Responding, Garces commended Nigeria for being a key part of the UN system, saying the country was well respected in the global body.

“Nigeria is a major troops’ contributor to peacekeeping operations, and a major part of the human rights architecture,” she said.

She commended Buhari’s leadership of the Economic Community of West African Countries (ECOWAS), and of the Lake Chad Basin commission, pledging to call the attention of the international community to the “hurting effects” of the Lake Chad problem, and other issues raised by the president.